The new buzzword “Metaverse” is creating a great deal of confusion and noise for corporate executives. Faced with such a degree of uncertainty, it remains unclear how to take action in the short term to prepare for this new revolution that is in the making.

We spoke with Virtway’s CEO, Jose Antonio Tejedor, to take a more in-depth look at the concept of the Metaverse and demystify what it means for companies now and in the near future. One thing is for sure, what is here and what is to come is full of opportunities.

Let’s start with the obvious question, what is the Metaverse?

It’ s important to first mention that the concept of the Metaverse originally emerged in the sci-fi novel Snow Crash (1992) where it was described as a 3D world where people interact with each other through avatars. Among the “experts”, a simple version that is fairly widely accepted is that the Metaverse is a 3D space where you can do (at least) the same things as in reality. In an attempt to apply a strict generic definition investor Matthew Ball describes it as:

“The Metaverse is a permanent network of real-time rendered 3D worlds and simulations that support continuity of identity, objects, history, payments and entitlements, which can be experienced synchronously by an effectively unlimited number of users, each with a sense of individuality.”

It is unlikely that we will see this continuity and interconnectedness between different 3D worlds in the next 10 years. There’s a long way to go before there is that level of standardization in information between the different 3D spaces. If we also intend to integrate virtual and augmented reality into the definition, the situation becomes even more complicated.

We have to resort to a much simpler description so that users who are not experts in technology (and philosophy) can understand what a Metaverse is. We could say that a Metaverse is a 3D space where people interact through their avatars and enjoy different types of experiences. What do we mean by experiences? They are interactions between people similar to those we make in reality or to the dynamics already created in the world of video games.

Will cryptocurrencies and NFTs be required in the Metaverse?

It’s optional. A Metaverse will have an internal virtual currency that is often used as a gamification element but this currency does not have to be in a blockchain. Including NFTs is an interesting way of monetization when the company has a digital asset of value for its users: sports clubs, singers, etc. It is also possible to create NFTs that only exist within the metaverse itself: clothes, objects, furniture, apartments, buildings, land…

It is important to mention that creating NFTs can have implications on the community and should be evaluated carefully as not all users are reacting well to this type of digital assets as seen in this article.

Will the Metaverse be in VR?

It’s clear that the future is VR but right now this depends on the target audience. According to studies there are about 26 million active VR devices on the market compared to 14,000 million mobile devices. If you want to reach as many users as possible it is much more interesting to focus on compatibility with mobile devices and, of course, PCs and MACs. 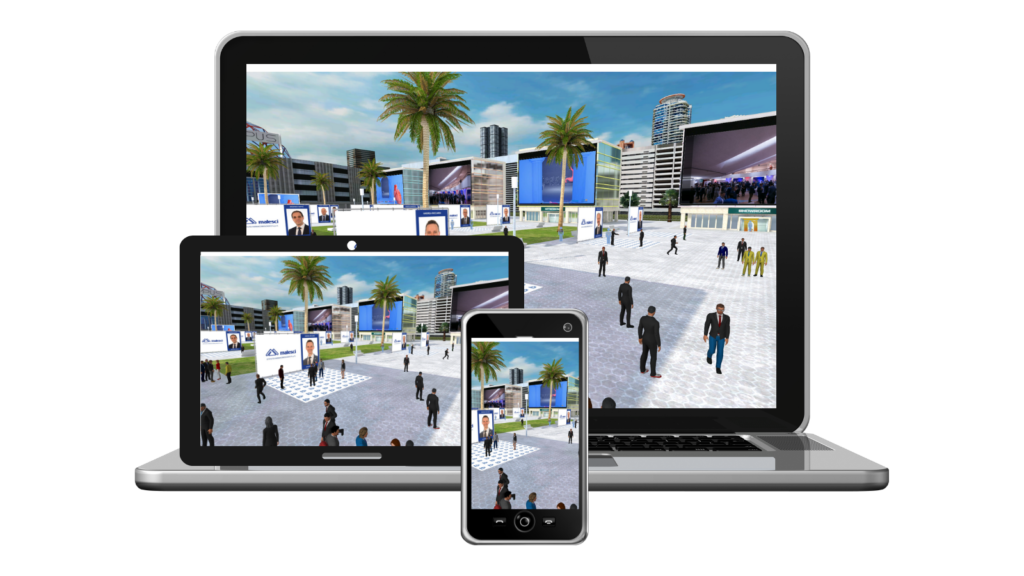 Will the Metaverse have to incorporate AR?

Not at all. Augmented reality hardly has anything to do with the Metaverse at the moment (although the philosophers of technology insist on it), and it will be difficult to connect in the future. The Metaverse is a 3D virtual world, and augmented reality is based on “augmenting” reality by projecting objects or elements on top of it through glasses or cell phones. Being able to see the clothes of someone’s avatar projected on their real image is something anecdotal or “nice to have”, but totally irrelevant for the Metaverse.

What is the difference between a Metaverse and a video game?

In a Metaverse there is no single mechanic or objective as in video games. In all video games there is a fundamental “core loop” that the player understands and follows with a purpose. Fortnite, for example, is a video game where users fight each other in groups of 100 people with the goal of eliminating opponents.

The principle of a Metaverse is that it is open and users can explore, interact and engage with the 3D world without a predefined goal (gameplay).

Is there a Metaverse that exists right now?

We could say that Second Life is the closest thing at the moment to a Metaverse for adults. It is a large 3D space where users can interact, build, trade…, without a specific objective predefined by Linden Labs.

Roblox, on the other hand, is a Metaverse for children. They can interact with each other, explore and play a multitude of mini-games together.

Do you think there will be a single Metaverse?

Just as there is no single social network, there will be no single Metaverse. There will be multiple Metaverses with different market shares and geographic and demographic segmentation. Each of us will have our own favorite Metaverse where we will meet friends, have our private space, and “play” online.

Will we work exclusively in the Metaverse?

For corporate environments there are already a multitude of tools that allow online meetings with avatars, desktop sharing, webcam… These are not Metaverses, they are productivity tools. Surely it will be rare for companies to propose to their workers to enter a Metaverse more focused on leisure and entertainment, as it seems that Meta is going to do in an attempt to regain its young population that they have lost in recent years.

On a personal level, Metaverses will allow people to work in them and earn a living. There are many options and dozens will emerge: 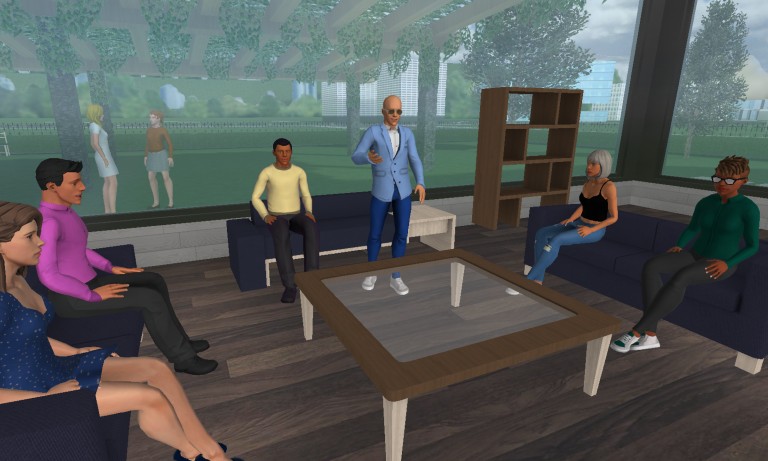 According to our own definition mentioned above, we are not yet a Metaverse since we do not have an open space for all users where they can explore, play and interact freely. We are still a tool to create Metaverses.

We are in the middle of a fundraising round to create our Metaverse with a unique design and position in the market. At the moment, we use our technology to provide private spaces to companies within VirtwayEvents.com and we create 100% customized Metaverses for companies.

What can companies do right now in the Metaverse?

Let’s differentiate according to budget.

Low budget: To provide “Metaverse-like” experiences to employees and customers, the best option is to hire a private space in one of the existing tools where you can have meetings, present the company’s products in a memorable and spectacular way and carry out fun training activities with employees.

Moderate or high budget: In this case I would follow a diversification strategy.

We all lived through the Facebook boom when companies spent millions of dollars to attract traffic and gain new followers. At a certain point Facebook decided that companies should pay for their wall posts to reach their own followers. From that moment on, marketing budgets became more focused on their own websites, applications and creating user databases. Will the same thing happen with the Metaverse: create your own, promote it and make it grow, or create it in an existing Metaverse and be exposed to its rules? It will all depend on the available budget.

What would a company in the Metaverse look like?

Let’s explain it according to the type of objectives that we want to accomplish:

Will it be possible to reuse 3D content between one Metaverse and another?

Do you have more thoughts about the Metaverse and Virtway’s vision? Contact us and we would love to continue the conversation

Knowing and, more importantly, understanding metaverse terminology will be essential for businesses as they evaluate how to implement a Metaverse strategy. This quick Metaverse glossary will help you better understand what it all entails.