Save money with Virtual Events

… and do it before the next economic recession

There is no arguing that the economy is cyclicle and what goes up must also come down at some point. The good times end, and a lot of economies end up back in some sort of a recession. Given that it’s been more than 10 years since the last economic crisis, experts and business professionals are wondering when the next one will be, anticipating its arrival in the best way they can.

According to recent statements by the Bank of Spain, the world economy has come into 2019 with a “clear phase of deceleration” of around three tenths to a growth of 3.3%. This source also states that in Spain there are already several signs of growth depletion, which, at least for the time being, are not those of a national crisis.

“We must not rule out that the international environment leads to a recession in our country.”

Let’s take a closer look at what is happening in Spain:

At an enterprise level, there’s consistent proof that companies shouldn’t overlook these facts if they want to keep their business evolving and start preparing for a future recession.

According to the report conclusions by the CaixaBank Research Service, 79% of the employment created since 2013 has a below average production efficiency. Additionally, over the last 20 years, work performance in Spain has grown at a slower pace than in Europe (an increase of 0.7% compared to 1.1% in Europe) is worth noting.

The National Statistics Institute (INE) states that in 2018, the level of business efficiency didn’t grow at all, stagnating for the first time since 1999. This data places Spanish productivity at the bottom of Europe, a reality that was also enclosed in the IDEAS document, which was prepared by the I+E Foundation and Deusto, and also places Spain in 29th place out of the 32 economies analyzed.

All these statistics take Spain very far off from other European partners such as Germany and France, whose growth has been 8.5% and 2.2%, respectively.

Some experts say that the Spanish economic overview isn’t so gloomy for the immediate future, but they all agree that they’re facing an uncertain panarama. Companies should really begin to take efficient measures that allow for saving money in different areas of business in order to ensure business continuity.

Virtual transformation has become more and more present in many key business development sectors in recent years. For example, the organization of events and corporate meetings. In fact, companies greatly value the advantages, firmly betting on and including virtual events in their yearly strategies and business plans.

The benefits of virtual meetings are numerous when compared to face-to-face meetings. Leaving aside key factors such as increased visibility and audience or a more measurable return on ROI, a virtual meeting achieves an essential objective: savings.

And that’s because virtual events, whether it be an online video conference, a webinar, or a virtual career fair, have the great advantage of connecting multiple people at once no matter where they are. This allows for a great reduction of costs within organizations and the null investment that has to be made in the matter of traveling, trips or rental spaces.

In this sense, virtual meetings are an excellent tool to conduct online conferences between the different headquarters of a company, establish an video conferencing system with remote workers anywhere in the world or promote the services of a company without the need of using several physical spaces, but rather a single virtual meeting room.

Companies have to invest much less in virtual events than face-to-face events, and should therefore incorporate them as a very effective way of saving money.

In order to prove how much more money companies must spend on face-to-face events that we, as attendees, may not see with the naked eye, MeetGreen released some surprising statistics. They concluded that “in a five-day face-to-face event with 2,500 attendees, up to 62,500 disposable plates are used, 87,500 napkins, 75,000 cups and 90,000 cans or bottles are consumed.” All of these direct material expenses are completely eliminated for virtual events.

Cisco, the worldwide leader in IT, provided some extremely important statistics that we should also bear in mind: During the celebration of a virtual event for 19,000 people, the company estimates that 84,000 tons of carbon dioxide is prevented from reaching the atmosphere and saves 209,000 pounds of waste that would have been generated if the meeting had been held face-to-face.

Finally, in referance to cost savings for employees, research shows that if a business allowed its workers to connect from home for only half the working day, the company itself could save an average of $11,000 per year on things like energy and water bills.

This new perspective is becoming a reality for future employees, those young entrepreneurs who are changing the paradigm of daily work in an office. They agree that virtual meetings are the most complete way to motivate Millennials at work, since according to the conclusions of these studies, remote employees would reduce personal expenses between $2,000 and $7,000 a year in terms of transportation costs and other work-related elements.

The numbers speak for themselves.

If companies want to be prepared for a future economic recession, it’s time to invest in effective ways to provide real and feasible savings. 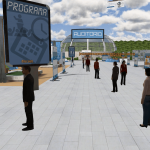 The Importance of Virtual Onboarding Today 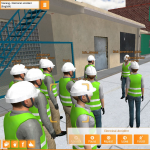